Former Members of the Board

In 1983, when Norbert Elias decided that a Foundation should become his beneficiary, he chose three close friends to ensure that his interests would be well represented. These three friends, whom he carefully selected, were:
Johan Goudsblom, Hermann Korte and Abraham van Stolk.
When the latter died in November 1996, Johan Goudsblom and Hermann Korte chose Stephen Mennell to become the third member from January 1997.

On 1 January 2017, these three members of the board transferred the torch to a younger generation, the current Board members.

Hermann Korte (b.1937) studied sociology, economics, and anthropology at the Universities of Münster and Bielefeld. From 1993 until his retirement in 2000, he was Professor of Sociology at the University of Hamburg. He was a co-editor of Human Figurations, the Festschrift presented to Norbert Elias in 1977. His main subjects of research are the theory of civilising processes, urban and regional sociology, international labour migration and the management of science. 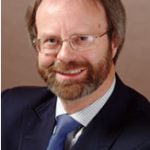 Stephen Mennell (b. 1944) is Professor Emeritus of Sociology at University College Dublin, Ireland. He previously held posts at Monash University, Australia, and at the University of Exeter (UK). Born in Yorkshire, in the north of England, he took his degree in economics – with some sociology – at Cambridge University, and then in 1966–7 was Frank Knox Fellow in the old Department of Social Relations at Harvard University (where he studied with, among many others, Talcott Parsons).

By chance, around 1970 he was invited to translate Elias’s Was ist Soziologie? into English, and as a result he met Elias for the first time in 1972. Since the mid-1970s he has been an advocate of Elias’s work in the English-speaking world, and is General Editor of the Collected Works of Norbert Elias, now being published in 18 volumes by UCD Press. In the 1980s he investigated the civilising of appetite and the development of culinary cultures in England and France for his book All Manners of Food (1985, 2nd edn 1996). His other books include: Norbert Elias: Civilization and the Human Self-Image (1989, rev. edn Norbert Elias: An Introduction, 1992, 1998), Sociological Theory: Uses and Unities (1974, rev. edn 1980), The Course of Human History: Economic Growth, Social Process and Civilization (1996, with Eric Jones and Johan Goudsblom), and The American Civilizing Process (2007).

He and Eric Dunning translated into English Elias’s The Germans (1996), and with Joop Goudsblom he edited The Norbert Elias Reader (Blackwell, 1998) and Norbert Elias on Civilization, Power and Knowledge (University of Chicago Press, 1998). Stephen holds doctorates from the Universities of Amsterdam and Cambridge, was a Fellow of the Netherlands Institute for Advanced Study, Wassenaar (1987–8), and has been elected to membership of the Royal Netherlands Academy of Arts and Sciences (KNAW), the Royal Irish Academy, and Academia Europaea.