Members of the foundation board

From its establishment in 1983, the Board of Trustees of the Norbert Elias Foundation consisted of three people. Since 1 January 2017, the three members of the Board are Johan Heilbron, Jason Hughes and Adrian Jitschin.

Johan Heilbron studied sociology at the University of Amsterdam – where he wrote his doctoral thesis under Joop Goudsblom – and at the École des Hautes Études en Sciences Sociales (EHESS) in Paris, where he worked with Pierre Bourdieu. He was affiliated with various academic institutions in Europe and held the Norbert Elias chair at Utrecht University (2000–4) and Erasmus University Rotterdam (2004–8). He was a co-editor of the collected works of Norbert Elias in German and a member of the Editorial Advisory Board for the Collected Works in English.

Among his research interests are the sociology of the (social) sciences, economic sociology, and the sociology of culture and transnational cultural exchange. In addition to two books on sociology in France, The Rise of Social Theory (1995, also in Dutch and French) and French Sociology (2015), he co-edited The Rise of the Social Sciences and the Formation of Modernity (2001) and Pour une histoire des sciences sociales: hommage à Pierre Bourdieu (2004). In recent years he has written on national traditions in the social sciences, processes of internationalization, and issues of (inter)disciplinarity and intellectual creativity.

A reflexive stance with regard to knowledge production has informed his research in other areas. Some of this work has concerned the ‘financialisation’ of contemporary economies, the rising power of shareholders, and the transformation of large firms. In the sociology of culture he has published on sportisation and desportisation of fighting sports, and on the global flows of book translations.

In 2014, Johan was awarded the George Sarton Medal for History of Science by the University of Ghent, and his book French Sociology won the Distinguished Scholarly Publication Award of the section on the history of sociology of the American Sociological Association.

He now holds posts at the Erasmus University in Rotterdam, and with the Centre Européen de Sociologie et de Science Politique (CESSP), which is affiliated with the Sorbonne, the EHSS and the CNRS. 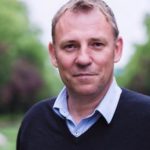 Jason Hughes is Professor and Head of Sociology at the University of Leicester. He first developed an interest in the work of Norbert Elias after he was taught by Eric Dunning at Leicester, both as an undergraduate, and then later as a PhD candidate in the mid-1990s. His first book, Learning to Smoke (University of Chicago Press, 2003) was winner of the 2006 Norbert Elias Prize. The book was based on the PhD he wrote under Eric’s supervision, and consolidated his status as a ‘figurational’ sociologist. His first academic post was as Lecturer at the Centre for Labour Market Studies, again at Leicester, where he taught on programmes relating to Human Resource Management and training. It was there he developed an interest in the sociology of work and organisations. He has retained both of these broad interests – in consumption, particularly in relation to drugs; and in production, with a particular interest in the behavioural standards of contemporary workplaces. A common theme across his work on the sociology of production and consumption is the extension and application of Elias’s ideas.

In 2013, he published, together with Eric Dunning, a treatise on the continued utility of figurational sociology to enduring topics and debates in the field entitled Norbert Elias and Modern Sociology: Knowledge, Interdependence, Power, Process (Bloomsbury). It was a book some twelve years in the making! Most recently he has  co-authored book with Ruth Simpson and Natasha Slutskaya, entitled Gender, Class and Occupation: Working Class Men Doing Dirty Work (Palgrave 2016). Other recent works include a number of edited books, including: Visual Methods (Sage, 2012) and Internet Research Methods (Sage, 2012); co-edited with John Goodwin, Documentary and Archival Research (Sage, 2014); with Chas Critcher, Julian Petley and Amanda Rohloff, Moral Panics in the Contemporary World (Bloomsbury, 2013); and with Nick Jewson and Lorna Unwin, Communities of Practice: Critical Perspectives (Routledge, 2007).

Jason has recently obtained funding from Cancer Research UK to return to his research on smoking through a study of the ‘careers’ of e-cigarette users, and the more general ‘civilising’ of tobacco use that the ascendancy of ‘vaping’ has involved.

He is honoured to become part of the Board of the Norbert Elias Foundation and is relishing the prospect of championing the work of Elias, opening up new lines of dialogue and engagement with competing sociological approaches, and bringing together a truly global network of Eliasian scholars. 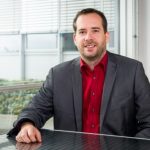 Since 2013 Adrian Jitschin has been head of the Frankfurt office of the German distance-learning university FernUniversität Hagen, which is the biggest German university in terms of number of students. It offers a wide range of BA and MA programs, which can be followed worldwide. It is a partner of the British Open University.

Adrian holds an MA degree in Sociology and a doctoral degree in Social History from the University of Marburg. His Master’s thesis was concerned with matrimonial behaviour, investigating the reasons for individual decisions to get married and what kind of social expectations were connected with this biographical step. This was foremost an empirical study, based on the theories of Durkheim and Elias.

From 2007 until 2011 he worked on his doctoral thesis on Life Assurance in India. While it was still a British colony, India developed its own insurance companies from the 1870s. Life insurance became popular there. It replaced traditional forms of social protection.  That is to say, sociologically the emergence of life insurance marked the transition from the classical form of protection by the extended family to the possibility of founding a nuclear family in a modern form of the division of labour. This can be seen as a process of globalisation as well as a process of modernisation.

Adrian also has a long-term interest in the history of the East India Trade. The East India Company and the Vereenigde Oostindische Compagnie were two of the most world-transforming figurations in the history of humankind. Economic historians tend to reduce them to their economic impact. In fact, the impact at their climax was enormous. About one third of the economy of Britain and the Netherlands was more or less dependent on the East India trade. The companies made possible industrialisation, established new forms of funding – like the stock exchange – and created thousands of jobs. On the other hand the companies created suffering. Colonialism, drug and slave trade are only the most visible parts of this impact. Besides of all this economic impact the East India Companies changed the direction in which humankind was developing. Until about 1600, Western and Asian civilisations were separated from each other by a Muslim belt stretching from Morocco to Bengal. And then, unexpectedly, Europeans began travelling to the Muslim countries by sea. They brought European commodities to China, Indonesia and Japan. And in exchange they transported goods from the entire world back to Europe. Many of our present habits were created by this trade. And we as humankind have rather accepted the idea that varied interests and conflicts can be regulated by trade and the laws of capitalism. Adrian considers this change in the way we live together to be an eminently important research area.

Adrian says that his personal fascination with Norbert Elias has its roots back in the early days of his university years. His interest was reinvigorated when he explored his own family history. His grandparents left Silesia, now part of Poland, in 1945 when the German population was expelled. Norbert Elias himself came from Silesia, and Adrian set out to learn more about Elias’ roots. Some surprising findings have come to light – see the article in Figurations 39. Adrian is continuing to work on writing an intellectual biography of Norbert Elias.

Arjan Post (b. 1972), Foundation Secretary, studied cultural sociology at the University of Amsterdam and works as an independent editor for literary publishing houses. As a journalist he has written many articles and interviews on multicultural society and its discontents. His thesis, supervised by Nico Wilterdink, was a follow up to the study Brinkgreve and Korzec (1978) carried out on a Dutch advice column (Margriet Weet Raad); it resulted in articles in the Amsterdams Sociologisch Tijdschrift (27 (4) 2000) – see the summary in Figurations 15 – and the Irish Journal of Sociology (13 (2) 2004). Recently he published a transcription of the lecture Norbert Elias gave in Amsterdam on the occasion of a broad conference in 1984 against racism and discrimination (see Human Figurations 5 (1) 2016, also for an introduction to that lecture). He is currently working on a study of integration conflicts from an Eliasian perspective, with the working title The Integration of Humanity. Civilisation and Conflict in the Twenty-first Century.