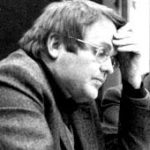 Peter Gleichmann, who died on 13 November 2006, was Professor of Sociology at the University of Hanover from 1978 to 1997, and one of the principal champions of Norbert Elias in Germany. He was one of the editors, along with Johan Goudsblom and Hermann Korte, of Human Figurations, the Festschrift presented to Elias in 1977.

Peter was born in Berlin, but his family came from Suhl, Thuringia, in central Germany. His great-grandfather was an arms manufacturer, in protest against which his grandfather became a Lutheran pastor in a small town, in reaction to which calling his parents refused to be married in the church – something quite unusual at that time. Both his parents were doctors. Peter Gleichmann followed the pattern, defying his authoritarian father’s wish that he pursue a medical career and instead first studying architecture and then embarking upon an academic career.

So opposition and calling things in question was a family tradition, as his younger brother Ulrich – a well-known cardiologist – made clear in his eulogy. He also referred to the fate of their maternal grandfather, a doctor, who came into conflict with the henchmen of the Third Reich and met his death in 1945.

After the war, the Gleichmanns came as a refugee family to Hanover. Outwardly, at first glance, Peter’s life now ran along peaceful and ordered lines. He finished his schooling in a traditional Gymnasium, where for the first time there were two young women in his class; one of them, Renate Röver, later became his wife. Both studied architecture, and Peter went on to study sociology. He and Renate had three children.

A second look shows, however, that peaceful, orderly lines were perhaps necessary, but at the same time too narrow for Peter. The Hanover Institute of Architecture had links with that in Graz, Austria, and there followed jobs in various in various architecture and planning offices in Finland and The Netherlands. Finding these too narrow, he widened his experience of town, regional and environmental planning. These led him to embark on sociological studies first at Göttingen and then at Hanover, where he became a lecturer in 1960, taking his doctorate in 1962 and his Habilitation in 1968. He was a visiting lecturer at the Universities of Manchester and Leicester – where he met Norbert Elias, whose sociology had a profound influence on him.

Peter Gleichmann wrote insightfully on social and psychic constraints. He covered all the causes of suffering in body, mind and society, and transformed suffering into knowledge. He had a gift for the outsider’s or marginalized perspectives. He took particular care of foreign students. He promoted the reception of French sociology because he felt it was unjustly marginalized. He took a keen interest in Germany’s smaller neighbouring states, such as Poland and The Netherlands. The same ‘view from below’ led him to show that buildings should be made fit for people, not the other way round. In his architectural sociology it led him to address the tabooed ‘natural functions’, and later to speak about violence and death.